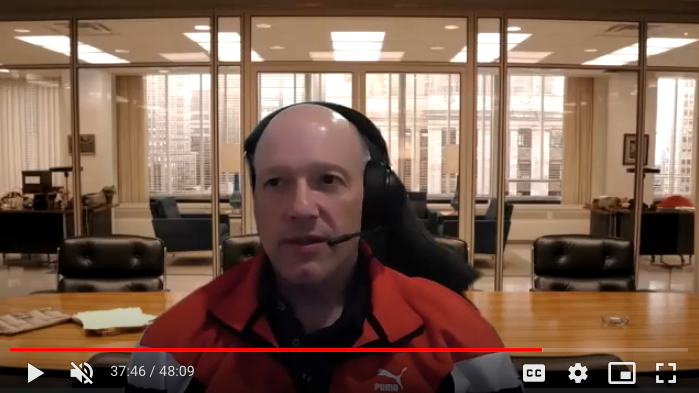 Robert Passarella has spent two decades at the top table of Wall Street, and is a veteran of JP Morgan, Meryll Lynch, Dow Jones and Bloomberg – among others. Fanatical about the intersection of technology and finance, he is an astute observer and history buff with a BBA in Finance from Baruch College and an MBA from Columbia Business School. Despite all of those things, he also happens to be funny as hell and whole-heartedly irascible.

The world of finance is dominated by those whose exploits, both known and unknown, have been wildly successful, and littered with the bones of those that have failed. We knew that a conversation with Rob would give us an insight into this world, and ideally feed us with subversive case studies to help us illustrate key ideas from the book. Of the many interviews we conducted during our research phase, it was definitely one of the standouts.

Rob is a lightning rod for interesting ideas. It would be tempting to analyse just how he engineers the opportunities that come his way. It seems to be more than just natural curiosity – it’s a driving force that allows him to always be ahead of the curve. Just as an example, he tells us in passing, back in 2012 at a conference an analyst friend introduced him to someone and a chance conversation led them to uncover a vulnerability in Twitter’s API that gave them access to Twitter’s average user numbers. Figures that Twitter was only releasing quarterly, were now at their fingertips.

As Rob says, “That’s the key. Exploiting loopholes by being inquisitive. And that’s happened throughout history. That’s how innovation happens. Hey, I want to co-opt that system because it doesn’t do exactly what I need. If I co-opt it, I can get what I need out of it.”

Rob then handed us a stonker of a case study, which indeed wove its way into the book – about the optical telegraph system in Europe. Before Marconi’s wireless, before morse code, and almost 50 years before the electrical telegraph, there was Chappe’s optical telegraph, which first became popular in France in the late 18th century.

A series of towers were constructed within line of sight of each other, anything from 5 – 20 miles apart. Each tower was equipped with a semaphore rig, which would be handled by an operator. The operators used telescopes to watch for messages being relayed by flags from the nearest tower, a method  significantly faster and cheaper than hiring horse riders to ship written  messages, especially for long distance communications. First used (as is often the case) by the military, it quickly became co-opted by the brokers of Paris.

“If you slipped some guy a few francs you could actually get a coded message to your broker down in Marseilles, who knew when the shipments were coming in. They developed a whole set of codes to basically hack the system and co-opted the entire semaphore network to do it. ”

This idea of subversion and co-option is glaringly obvious in verticals like cybersecurity, but it’s interesting to think about the world of banking, and in particular, trading – as precisely the same industry, just one step closer to the money.  Rob talks about one bank, which he discretely won’t name, and tells us a story.

“Early on in my career, I’d say back in the nineties, there was a group of technologists who were associated with trading in Japan. And one day a technician came in to take care of something. The Nikkei index at that time was in a box – a terminal that calculated their index, which was running numbers every day.

One of the technicians was fixing something, and he had to leave for lunch. He left a special diagnostic disc lying around. And one of the technologists you know, made a copy of the diagnostic test and figured out that the actual computation for the Nikkei index was being done locally.

They realised you could get the individual components on the same feed and compute the index about 30 seconds ahead of what was being done (in the real world). From this they created a whole API to basically calculate the index and they started trading ahead of it, and they made a tremendous amount of money.

The trader who understood this did very well. In fact, he made something like $300 million worth of profit in Japan. The apocryphal part of the story is that he had to have a bulletproof vest in his office because the Yakuza was looking for him. Well, the Yakuza stuff, nobody knows, but we know for sure they did take the diagnostic disk. What they had uncovered was this incredible inefficiency. Why were they computing this locally when it should be done someplace else? That kind of stuff happened all the time in the nineties, because the technology was still new. 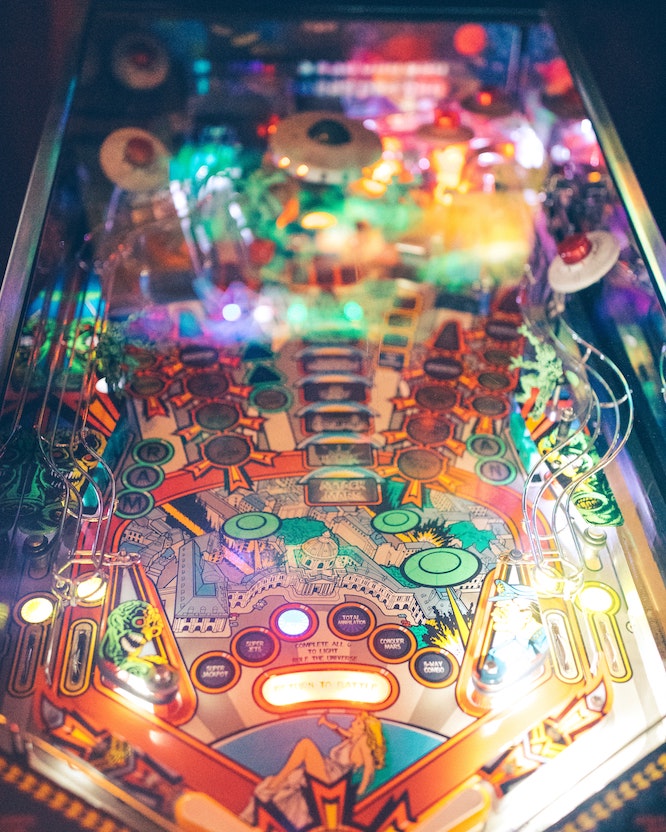 We then had a conversation that pinballed from AI to Renaissance forgeries of the Spear of Longinus  (which our transcription tool helpfully converted to the ‘spear of vaginas’) to Beanie babies to Charlie and the Chocolate Factory, to the blocking of the Suez canal  – and the subsequent borking of global ecommerce systems. It was a FANTASTIC conversation. Even if it did take place in zoom.

What we came to realise, with Rob’s inimitable assistance, is that history repeats itself.

Rob says “To succeed, the thing is to be an omnivore when it comes to sucking up any information. There are so many places to find it. And all we need to do is look back, which is a lost art, the wanting to learn from history. There’s one story I love – about Casanova. Even as far back as the 18th century, he was able to see the variations in the price of gold in different places, and used that arbitrage to finance his womanizing across Europe. I mean, I love that.”

Giacono Casanova was born in 1725, in Italy. His autobiography is considered to be one of the most original histories of European norms, and an overview of society from that period. He hung out with Goethe, Mozart and Voltaire, and was familiar with royalty and the odd pope.

What’s the key takeaway here from this conversation with Rob for all our subversive marketers? Consider looking back to get ahead. That over and over again – hacks might be unique, but the overarching theme is the same. The people who build effective, advantageous strategies are constantly looking for opportunity. They are comfortable with being disagreeable, and swimming against the tide. They prowl the margins and are perennially curious. They are excited to discover the gap between what is the norm, and what is possible.

We will leave the last word to Rob.

“Great investors will find the nuggets and know what threads to pull.”

Ok, we lied, we always have the last word.

Subversive marketers will find the nuggets and know what threads to pull.