The goal: De Beers needed to create demand for diamonds after the recession of 1929.

The vulnerability: People are more easily influenced when they are being entertained (this is why influencer marketing and product placement in movies are multi-million dollar industries).

What changed: After the Depression, upwardly mobile consumers didn’t value jewels, they wanted practical things that saved time (like a refrigerator or a washing machine). De Beers convinced the world that a diamond ring was essential to anyone getting married.

The result: By 1941, sales of diamonds had risen 55%. And continued ferociously. To this day, the idea of a diamond engagement ring is considered essential – diamonds feature on red carpets, awards ceremonies and on the ring fingers of young lovers everywhere. In 2018, over 7 billion dollars was spent on diamond engagement rings in the US alone. 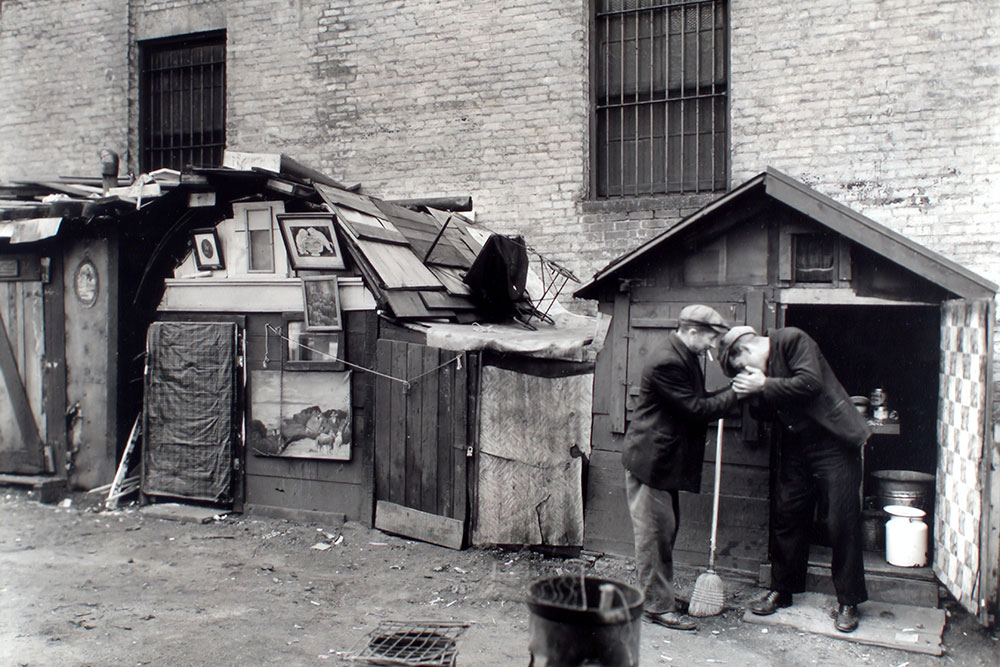 In 1929, Wall Street triggered the worst economic downturn in recorded history – at least until COVID. People in New York and other cities relied on soup kitchens. People outside of cities died.

Jewels were in no great demand in the 1930s (after all, you couldn’t eat rocks) and this was a point of considerable concern to De Beers – a British run South African mining firm that had dominated the extraction and sale of diamonds for generations. The industry had long been run as a cartel, with price-fixing and nefarious practices as standard. But by 1935, diamonds themselves were considered fusty and old fashioned; fancies only for royalty and dowagers.

In 1938, De Beers came calling on advertising firm Ayers to help them drum up interest in their stones. Recession and hunger were both recent memories. The threat of another world war loomed. The average Joe would rather buy a car or a washing machine than a diamond.

De Beers president, Sir Ernest Oppenheimer, committed to spending half a million on market research and advertising over the first three years, no paltry sum back then.

Let’s look at the facts. Diamonds aren’t all that rare, and they’re certainly not precious. There are vast amounts of diamond minerals in the earth’s crust. Scientists estimate that there are a quadrillion tonnes of diamond available. It’s only the rate of extraction that creates the illusion of scarcity.

So De Beers controlled both the supply, and now with help from Ayers, the demand.

And, they’re not really forever. In fact, diamonds can be chipped, discoloured and incinerated. However, they are one of the harder jewels, which was something that Ayers’ research had uncovered as a point of differentiation, and was the starting point for the copy that Frances generated. 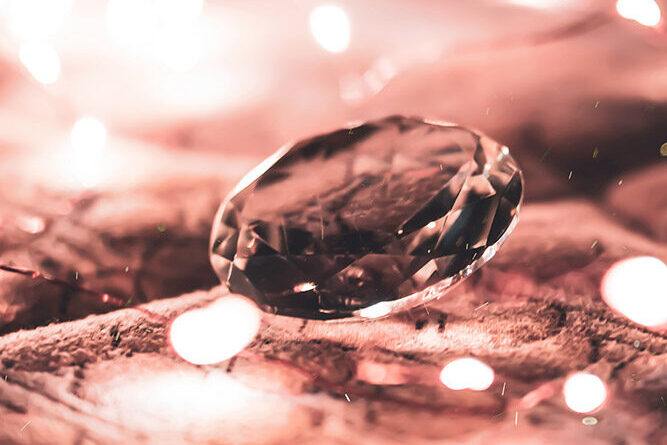 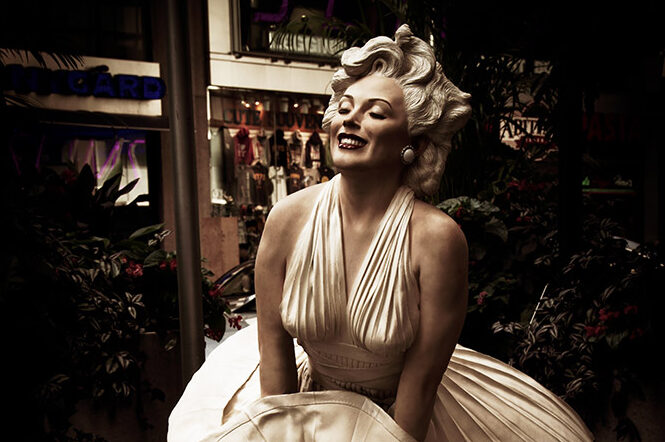 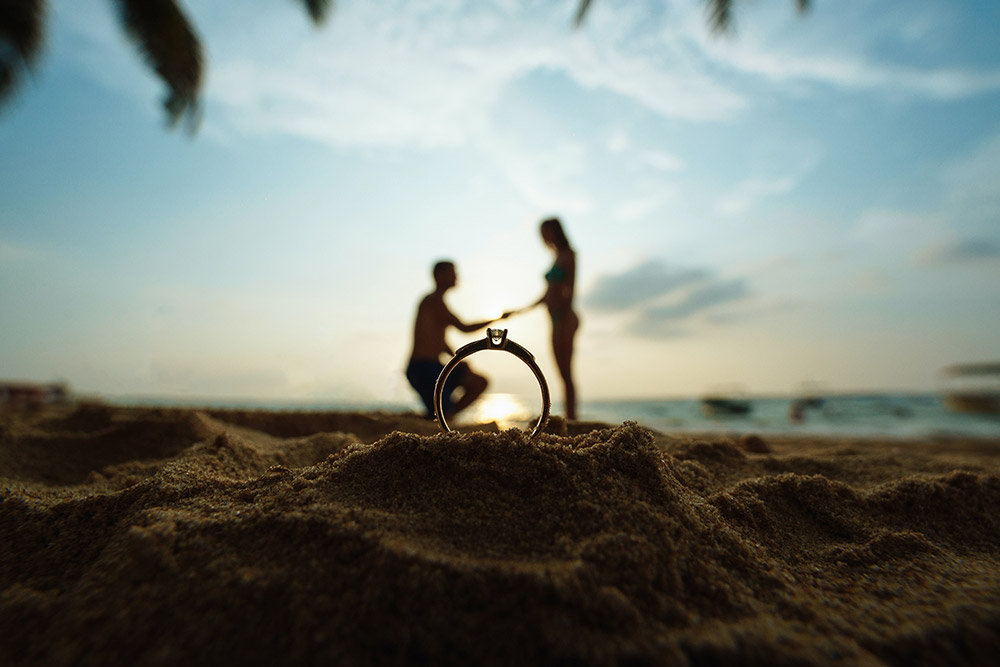 Diamond engagement rings are not traditional.

Frances Gerety was born in Philadelphia in 1916. She studied advertising and over her career, wrote copy for Vogue, Life, Colliers, Look and Harpers Bazaar.

Dorothy Dignam worked in the PR department of Ayers. Like Frances, she was unmarried, and really, really good at her job. She, in effect, lobbied Hollywood, ensuring that diamonds were front and centre in the latest movies, dripped off the hottest stars, and were given significant column inches in all the right papers.

In the 50s, Ayers started lending diamonds to actresses for major events like The Academy Awards and The Kentucky Derby – a practice now hardwired into the awards and events circuit. This was the primordial ooze in which influencer marketing was spawned.

What Ayers did, with the wit and talent of Gerety and Dignam*, was to sell the world an idea. They didn’t sell the brand at all. In fact, the diamond industry was not legally permitted to promote themselves at this time. So they had to get the world to fall in love with diamonds. They set out to convince the world that diamonds were synonymous with love and that the size of the diamond bought was indicative of the depth of romance (and of course the earning power) of the man.

By putting emotional energy into the idea of a diamond engagement ring, while simultaneously controlling the scarcity, De Beers were winning twice over. Not only were they driving up prices, they were also ensuring that engagement rings wouldn’t end up back in the market. No one would buy a ‘second hand’ engagement ring. A widow wouldn’t sell it. No one would want a divorcee’s diamond.

Marketing whizz bonus points: bigger was better. Prince Rainier of Monaco, having presented a pretty fine diamond to Grace Kelly, quietly replaced it with something much larger, following a visit to the US, where he was to learn first hand that bigger was always better.

Ayers seemed to be quite good at hiring smart women: Gladys B. Hannaford was a widow with a background in community theatre. Ayers hired Gladys, and she travelled all over the country giving lectures and talks, at churches, schools and libraries, talking about the ‘Romance of Diamonds’.

In 1952, she was asked on radio if diamonds were a good investment.

“Is a diamond a good investment? Let me ask you where else a young man can invest, say, two hundred dollars and get a woman to cook for him, do his laundry, sew his buttons, be a constant companion to him, and raise a family for him? Where else, but in a diamond engagement or wedding ring?”

Between the advertising, the lectures, the Hollywood buzz and the column inches, Ayers had done something remarkable. They didn’t build a brand, they had built an idea as enduring as the slogan that brought them there. By 1941 sales of diamonds had risen 55% and continued to rise ferociously. To this day, the idea of a diamond engagement ring is considered essential – diamonds feature on red carpets, awards ceremonies and on the ring fingers of young lovers everywhere. In 2018, over 7 billion dollars was spent on diamond engagement rings in the US alone.

Frances Gerety never married. When De Beers celebrated the first decade of their remarkably successful partnership with Ayers, they presented each of the senior management team with a gold watch. Frances, overlooked, did not get a watch.

It wasn’t until her later years that she was appreciated by the firm. On her 25th year at Ayers, they did present her with a gift. She was given something better than diamonds, 8.5 lb of solid Hermes typewriter. 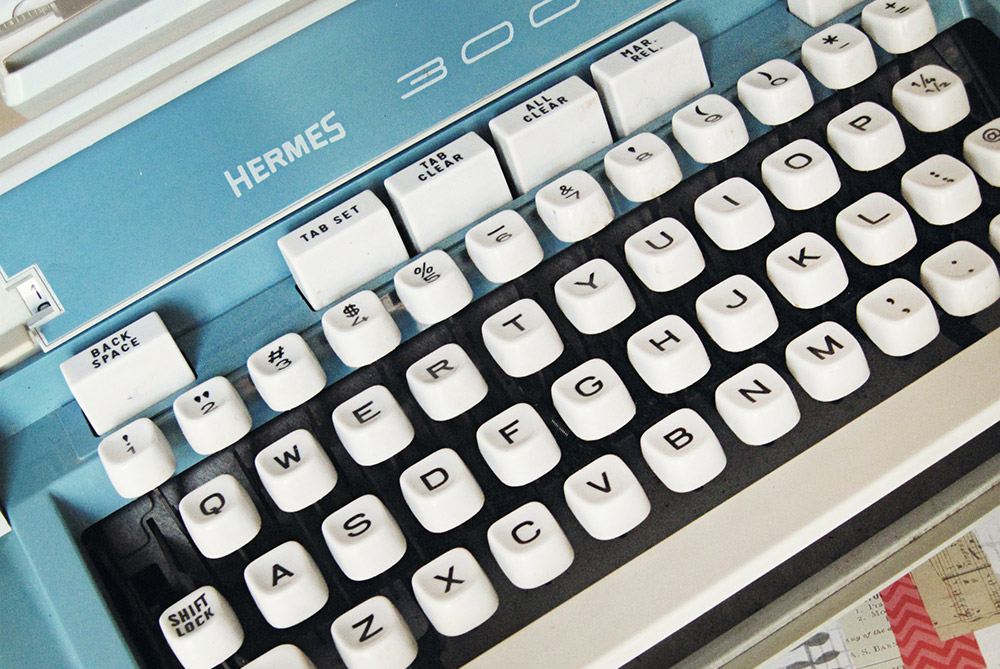 “A Diamond is Forever”

has appeared in every single De Beers advert ever produced. In 1999, just two weeks before Frances died at the age of 83, it was awarded ‘slogan of the century’ by the global publisher, Advertising Age.